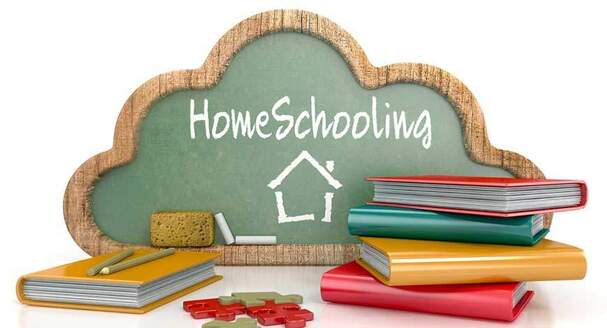 ​Advice for Surviving Another Round of Online Learning

​Leave it to a home-school parent to find the upside of having your kids home for school this fall.
With the coronavirus keeping millions of California schoolchildren stuck at home when the new school year starts, it’s good to know there are some parents out there who not only survive the experience on a year-round basis, but purposely choose it.
Helping kids through classes at home has become a strange new reality for most families. But it doesn’t have to be all bad — home-schoolers say there are plenty of ways to keep kids focused and learning at the kitchen table.Until schools can reopen, here are some tips from teachers and home-schooling parents on how to make the most of it.

“My best advice, whether you’re actually home-schooling or just supplementing (online classes) is to do ‘real life’ as much as possible,” said Jamie Heston, a home-school consultant and member of the Homeschool Association of California.
That can mean a lot of things — exploring the back yard, taking apart a broken TV remote or helping with dinner. Being able to mix up desk learning with activities around the house is a big upside of learning from home, Heston says, especially if kids have trouble concentrating in online classes.
“Academics can be covered to a certain extent by those real-life activities,” she said. “By doing kitchen science … by baking bread and going and looking up why it rises. It just creates a little more balance, because it’s not just ‘sit down at the kitchen table and learn.'”

Don’t be afraid to let children find their own things to do in between classes too, Heston says.
“I am totally fine with kids being bored!” she said. “Bored kids will find something to do. If you say, ‘Oh, no video games but you have some time off,’ kids will pick up a book, they’ll go to the drawer and pull some things out … they’ll find something.”
Stacy Landgraf, who home-schooled her five children in Saratoga, found that at home they had more time and freedom to explore their own interests.
“One of our sons … his interests were always in engineering and science,” said Landgraf, whose youngest is now a senior in college. “He had so much time in the afternoons as a young child to do his little experiments that he set up himself or go outside and collect his bugs and all of the things that he really enjoyed doing.”

If they’re struggling, take a break, or change it up

There’s nothing wrong with younger kids struggling to focus for more than 20 or 30 minutes at a time, says Denise Boiko, a home-schooler and teacher at part-time home-school co-op Heart Academy in San Jose.
Breaking up that time with other activities your child enjoys more — and talking through what they’ve just learned while they do it — can help keep them focused.
“Try to get that 30 minutes and then break it up with something that they like a lot more or an active activity,” Boiko said. “Like 10 minutes outside or 15 minutes in the kitchen fixing a snack while you talk about what they just read.”
Heston says kids can be surprisingly attentive even when they’re given something active to do.
“I’d let [my kids] play Legos while I read to them,” said Heston. “They could actually listen better, I found, if they fidgeted with something or played with something … if you have that kind of a kid who’s bouncing off the walls.”

Don’t worry — and try to enjoy it

Having seen how their children were able to learn at the kitchen table and around the house, Boiko and Heston are optimistic that most kids won’t fall behind from a period of online classes at home. Boiko says other parents shouldn’t worry too much.
“Kids are going to be just fine,” she said. “Education is a long-term game.”
Heston agrees. She thinks parents shouldn’t see themselves as teachers at home, but as “facilitators” to help children who will learn plenty, even on their own.
“(Parents) think of the child as being this empty vessel into which we pour knowledge,” she said. “That’s not really how children work. … They seek out information and they learn on their own.”
Landgraf said the biggest upside to learning from home was the opportunity to just spend more time with her children.
“When you have time with them,” she said, “and you’re seeing how they think and what they’re interested in and how they like to work, it’s a great privilege.”