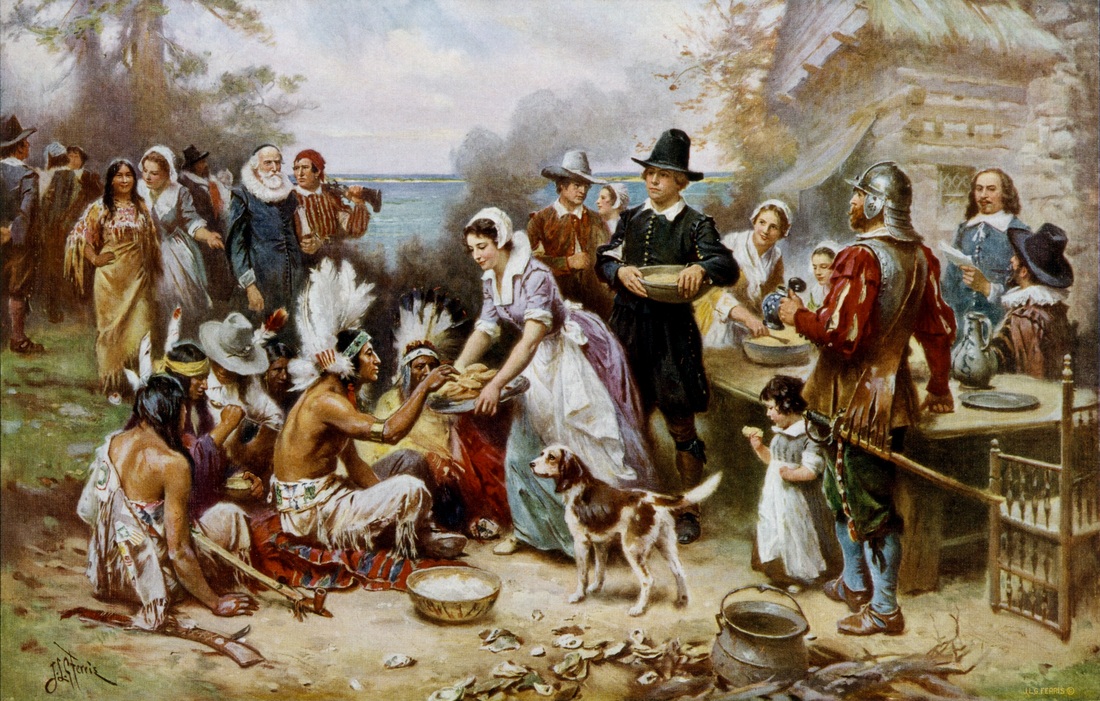 Thanksgiving day history: The first Thanksgiving in the Americas... we'll cover those items and more on this page. Thanksgiving has become an important holiday in America and American history. Presidents have issued Thanksgiving proclamations and retailers have made the Thanksgiving holiday a major part of their holiday shopping season advertising (think "Black Friday" and "Cyber Monday").

Thanksgiving Traditions: The Plymouth Thanksgiving feast is the most well known celebration. It came about after a hard winter and then a successful harvest by the Pilgrims. They had landed at Plymouth Rock in December of 1620, and had very little time to prepare for the harsh winter. Nearly half of the Pilgrims died that year. After their successful harvest, the Pilgrims decided to have a three-day feast, starting on December 13, 1621. They celebrated with ninety Wampanoag Indians who had helped them throughout their first year. Their Thanksgiving feast included shellfish, lobsters, turkey, corn bread, berries, deer, and other foods.

Return to the Thanksgiving Happenings Menu